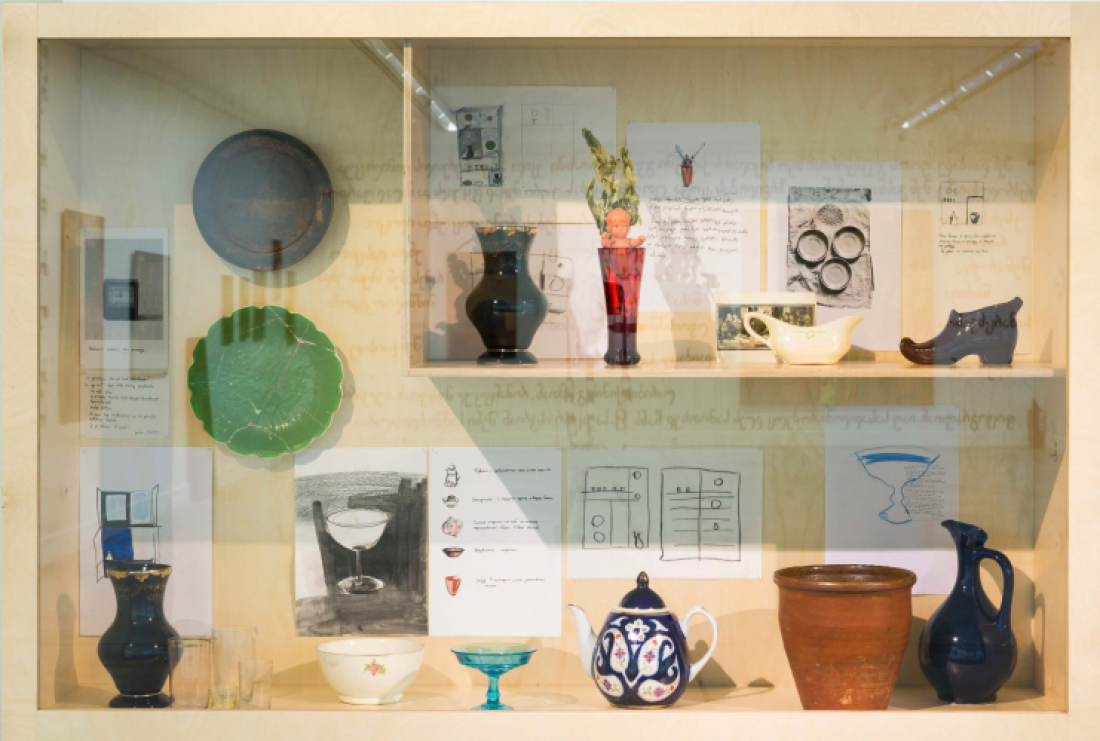 The work consist of vitrine, or glass display cupboard, full of everyday objects. They tell the stories of weavers and their families who were working in the city of Gori until the 1990s but were then forces to return to their home countries by war and turmoil.They first moved to work in the city’s cotton factory in the 1950s. Dishes and other items they typically purchased in the 1960s and1970s retain a powerful symbolism.

This is the generation whose lives were devastated by war, but for whom living in Georgia had never been a personal choice. Their belongings are a history of building a new life in a foreign city, getting married, having children, but then having to leave everything behind.

Nino Kvrivishvili’s grandmother, Raisa Zatyukova, was one of these people. She settled in Gori when she was 18, and along with her private belongings, reminding her of her childhood, she has preserved the objects of her friends. They became source of inspiration for the artist, provoking many questions:

- what does it mean to leave your home, after taking so long to build it?

-what does it mean to say goodbye to your friends and relatives?

-what does your favourite object, which fills you with memories, mean to you?

-why do you pass this object on to someone else? -how does it feel to nourish a hope for coming back?

The visual side of Kvrivishvili’s work copies the shape of the packing boxes left behind in Georgia. And it touches upon many different issues: relocation, the importance of the woman in the family, how nostalgia affects people differently, and how that translates into their attachment to certain objects.