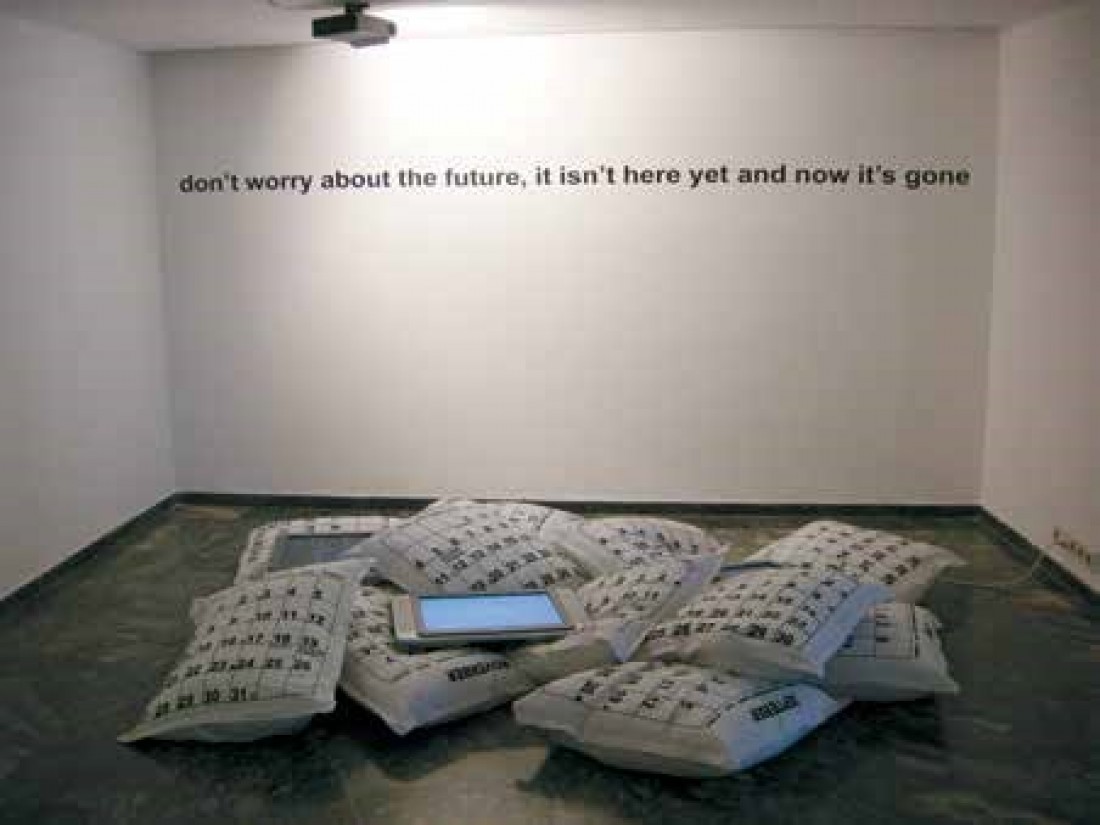 HE IGNITED THE CONCEPT OF TIME

AS OBJECT, INTO THE REALM OF ART.

It’s influence has since led to varied creative undertakings and new ways of engaging with time not only as a concept , but also material. Complemented by an increasing use of moving-image technologies in fine art since the 1960s, time-based media has become an inseparable constituent of contemporary art today.  As artists of diverse practices and preoccupations turn to video as a predominant medium, the fluid engagement with art takes over the traditional static appreciation of ‘art-as-object’ and forces the viewer to consider time as active element. This essay looks at how new media is being employed in the works of artists presented in the Love Me, Love Me Not exhibition and how time enters and affects the pre-existing sets of issues these artists set out to tackle.

IN his segment of Ten Minutes Older (2002), conceived as a future-length compilation of short films by leading directors, on the theme of time, Volker Schlondorf shows a day of the life of mosquito, overlaid with profound deliberations on the problematics of conceptualizing and registering time. Based on the confessions of St. Augustine (A.D. 354 -430) the conclusion suggests that time is an unattainable concept that cannot be defined, lest by the guidance of the Merciful. In a witty pun of attributing  thoughts spanning the depth of human history,  to a seemingly insignificant lifespan of a insect, Schlondorf suggests the ubiquity of such inquiries and a significance of the instant flash of a moment, for all creation and alike.

Georgian artist Iliko Zautashvili employs a more sober aesthetic to express a more similar concern with a contemporary attempt to capture time. In his installation Time Disappears in Time (2006/2012), twelve pillows printed with calendar months are stacked in a haphazard pile on the floor. Positioned between them are three monitors looping a vide collage. A view of a man facing outward on a city bridge is superimposed with numerous digital timers, which count up and down at varying paces. This random ticking away of seconds questions the obsession with time in the contemporary rat-race. Doubting the authority of the ticking clock, Iliko juxtaposes it with the natural registers of passing time – the other frame shot of the video is of a river close-up. The artist questions the enforced pace of city life and resulting oblivion to the actual passage of time, as referenced by indistinguishable months left behind.  Jumping between sound and silence, the fleeting and the eternal, the video ends with the words that could have been a line out Schlondorf’s mosquito’s monologue: ‘Don’t worry about the future, it isn‘t here yet and now it’s gone…’.

For the catalogue Love me, Love me Not Official Collateral Event of the